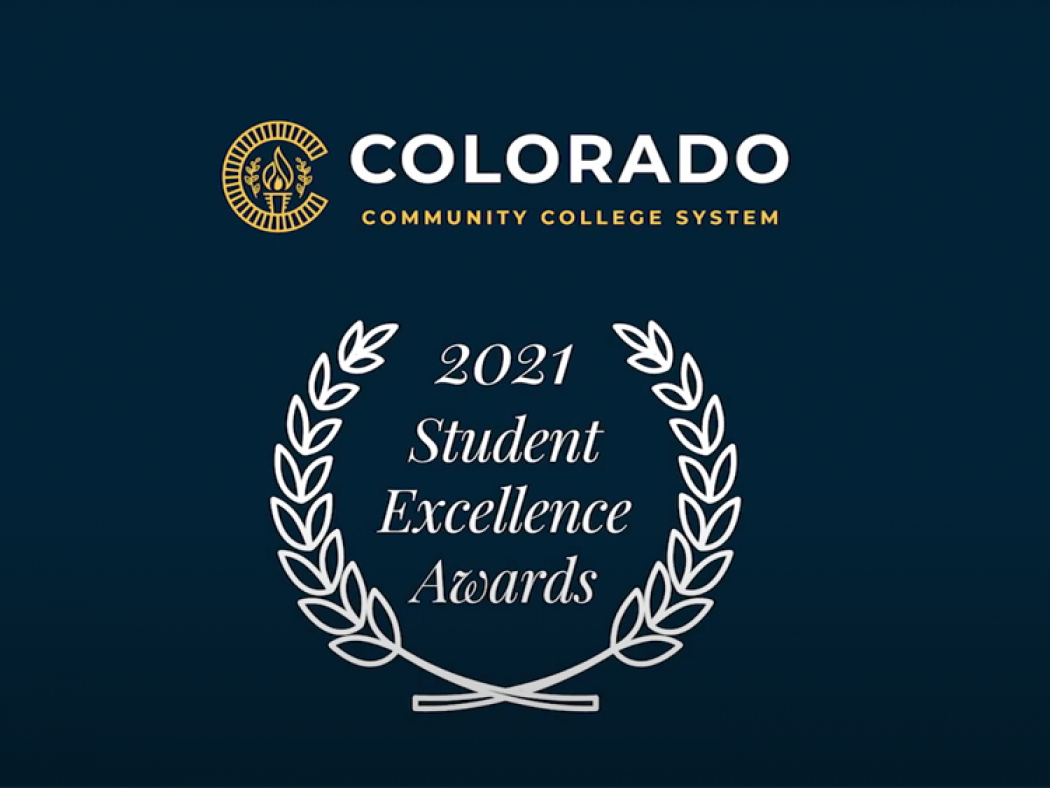 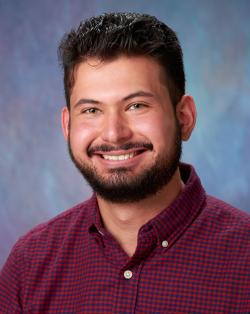 Martinez, who earned Rising Star recognition, began attending ACC in the fall of 2018. He will earn Associate of Arts degrees in both Philosophy and Psychology in May 2021. ACC’s Sigma Phi chapter of Phi Theta Kappa collected a pair of first-place awards during the virtual 2021 PTK Colorado/Wyoming Regional Conference this spring, including top honors for the College Project (Cognitive Bias workshop) that Martinez - who serves as Sigma Phi’s Vice President for College Project - developed and implemented. Sigma Phi also claimed first place for Distinguished Chapter, third place for its Honors in Action project, and continued its standing as a Five Star Chapter. Martinez also spearheaded efforts for the winning 2019 College Project, a career closet providing business casual and formal attire to ACC students at no cost, which went on to be internationally recognized during the 2020 PTK Catalyst event. The Communications Officer for the PTK Colorado/Wyoming Region, Martinez is the recipient of ACC’s First Generation Student Scholarship. He was selected as a 2019-20 ACC Mountain Mover and a 2019 Coca-Cola Leaders of Promise Scholar and was a nominee for the 2020 PTK Orlowski Scholarship. Martinez is pursuing applications at the University of Rochester, Stanford and CU Denver with aspirations of becoming a clinical psychologist and a professor in the field of abnormal psychology or the philosophy of ethics. 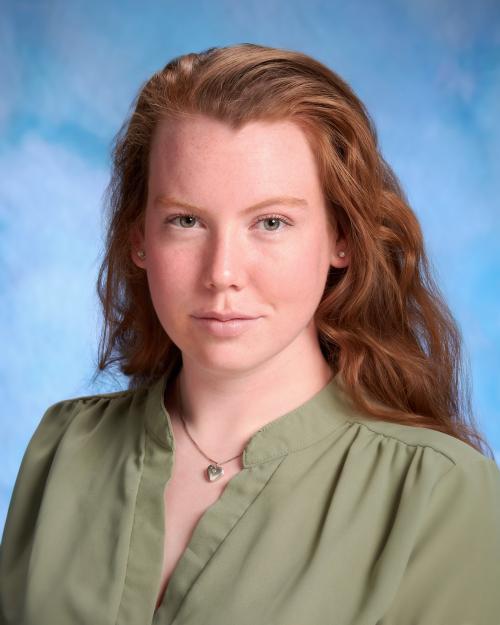 Poland, a Rising Star honoree, began attending ACC in the fall of 2019 and will complete her Associate of Science degree (General) in May 2021. She serves as the President of ACC’s Sigma Phi chapter of Phi Theta Kappa, which collected a pair of first place awards (College Project, Distinguished Chapter) and a third place showing (Honors in Action) while continuing its standing as a Five Star Chapter during the virtual 2020-21 PTK Colorado/Wyoming Regional Conference this spring. Poland also serves as a State Student Advisory Council (SSAC) Officer and is a member of ACC’s Student Government Association. A research assistant on the ChemSat Team, she plans to transfer to CU Denver to study Biochemistry and aspires to become a neurosurgeon or an orthopedic surgeon. 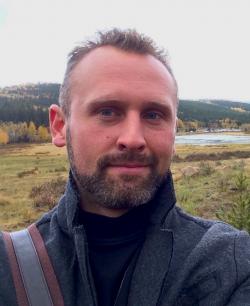 A Phi Theta Kappa All-Colorado Academic Team selection, Rhodes began attending ACC in the fall of 2017 (Elementary Teacher Education Transfer Major). He is the recipient of ACC’s First Generation Institutional Scholarship and will complete his Associate of Arts degree in December 2021. Upon graduation, Rhodes plans to transfer to Western Governors University to pursue his Bachelor of Arts degree in Elementary Education with the goal of becoming an elementary school teacher, and someday, possibly a principal. He works full-time as a driver for his family business, The Garbage Man, a local, residential trash removal company serving Parker, Castle Rock, Littleton and Centennial. 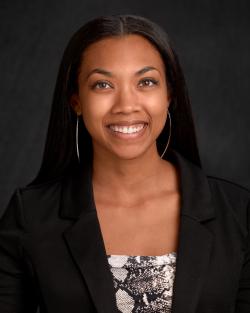 Sanders was selected as ACC’s Inclusive Excellence Champion. She began attending ACC in the spring of 2019 and will earn her Associate of Applied Science degree in Nursing, as well as an Associate of Arts degree in Philosophy, in December 2021. She is dually enrolled at CU Denver, pursuing her Bachelor of Science degree in Nursing and a Bachelor of Arts degree in Spanish (language, literature and culture). Sanders, who serves as the current Vice President of Communications and Public Relations for ACC’s Sigma Phi chapter of Phi Theta Kappa, campaigned for, and won, the office of incoming President of the PTK Colorado/Wyoming Region during the virtual 2020-21 PTK Colorado/Wyoming Regional Conference this spring. Sigma Phi earned top honors for College Project and Distinguished Chapter, as well as third place for Honors in Action, while maintaining its Five Star Chapter status at the regional event. She earned recognition on the ACC President’s List (4.00 term grade point average) in the fall of 2020 and is the recipient of three scholarships (ENT Credit Union Scholarship, First Generation Scholarship, Contemporary Scholarship). Sanders also serves as the Secretary and Treasurer for the National Society of Leadership and Success. She is the co-founder and president of the Peer Nurse Mentor Experience, which is planning a diversity conference for the Nursing Department in the fall of 2021 to encourage and promote culturally competent care within the nursing profession. Sanders plans to become either a Nurse Practitioner (NP) in critical care or a Certified Registered Nurse Anesthetist (CRNA) with aspirations of making an impact in the disparities of care for underserved populations. 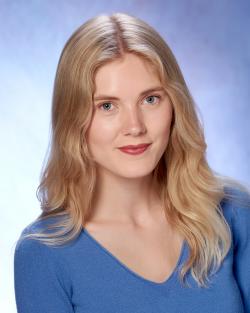 Wimer was named to the Phi Theta Kappa All-Colorado Academic Team. She began taking classes (Associate of Arts, General) at ACC in the fall of 2019 and plans to graduate in May 2021. Wimer is a member of ACC’s Sigma Phi chapter of Phi Theta Kappa that won a pair of first-place awards (College Project, Distinguished Chapter) and continued its standing as a Five Star Chapter during the virtual 2020-21 PTK Colorado/Wyoming Regional Conference this spring. She received three scholarships (Contemporary Student Scholarship, President’s Scholarship, and Classified Assembly Book Scholarship) from ACC this year and earned recognition on the President’ List (4.00 term grade point average) in the fall of 2020. Wimer is President of the ACC Outdoors Club and is currently employed in the ACC Student Life Office. Following an upcoming move to Florida, she plans to enroll at the University of Florida to study Geology and aspires to embark upon a career helping the Earth.

The Phi Theta Kappa All-Colorado Academic Team recognizes the academic accomplishments of high-achieving student members of the Phi Theta Kappa National Honor Society. The Rising Star awards, sponsored by the SSAC, recognizes students who have increased the level and quality of student engagement on their college campus. The Inclusive Excellence Champion awards, also sponsored by SSAC, recognize students who have demonstrated a strong commitment to diversity, equity, and inclusion on their college campus.

All honorees will receive personalized award packages containing a medallion, a certificate, and a backpack made possible through sponsorship from the Credit Union of Colorado.