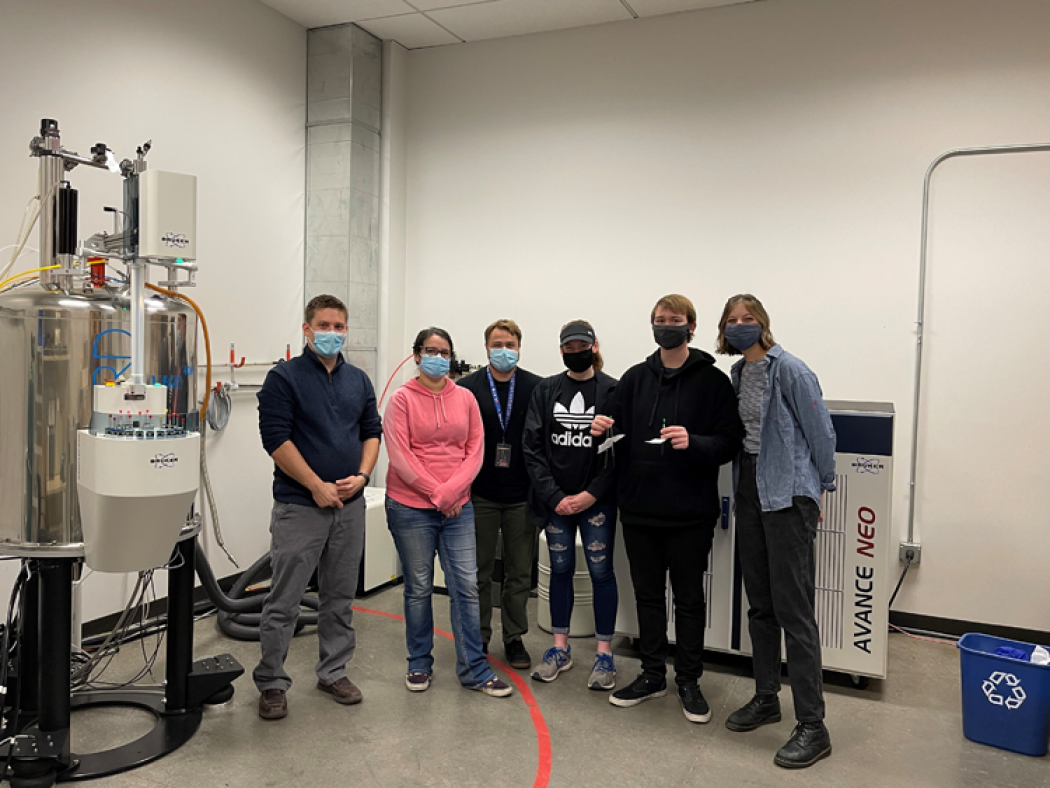 Students in the ACC Chemistry Research Scholars group traveled to CU Denver to perform 1H NMR (nuclear magnetic resonance) spectroscopy experiments on compounds they synthesized. NMR spectroscopy is a powerful technique that is used to determine the structure of molecules. When a molecule is placed in a strong magnetic field, odd numbered nuclei within the molecule will begin to behave like miniature magnets due to the nuclei’s intrinsic spin character. Pulsing radio waves are then used to probe the strength of each ‘mini-magnet’ nuclei within the molecule. When the exact radio wave frequency is found the nucleus will begin to resonate, similar to tuning a musical instrument. The principles of NMR are very similar to that of an MRI used in medical imaging. In an MRI, the hydrogen atoms in water molecules are probed. Since you have water in almost all of your body tissue, MRI can used to allow doctors to see environments around muscles, blood vessels, nerves, lymph nodes, and even bones. Similarly, chemists can use NMR to probe the exact chemical environment around hydrogen atoms in complex molecules, allowing them to elucidate the molecular structure. Shown below is a 1H NMR spectrum of a compound made by students in the Chemistry Research Scholars group. Special thanks to Dr. Scott Reed at CU Denver for assisting us with running the 1H NMR experiments.