Eyewitness to History Series: A Slave Laborer in the Holocaust 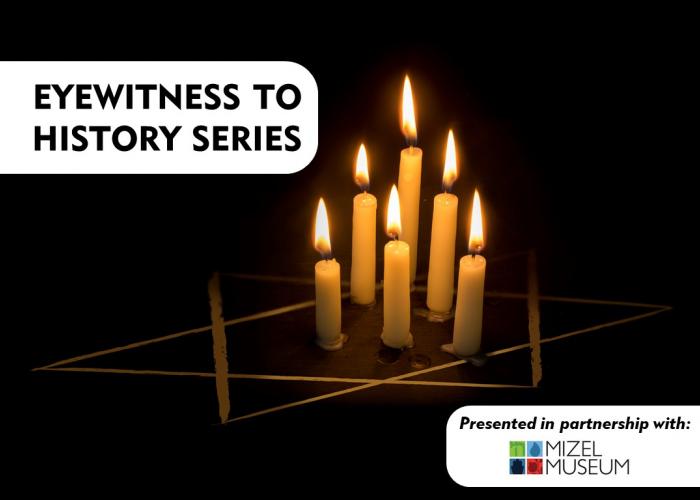 Join us for our Eyewitness to History Series on April 8 from 4-5pm for A Slave Laborer in the Holocaust, presented by Jack Adler. In order to combat hatred and genocide, it is important to understand the devastating effects of racism throughout history. As time passes, the opportunity to learn from and personally engage with Holocaust survivors becomes increasingly rare. Presented in partnership with Denver's Mizel Museum, this unique program gives audiences an opportunity to hear firsthand from Holocaust survivors and learn timeless lessons about resilience, courage, human dignity and living without hate.

You are welcome to attend any / all dates of the series.

About the presenter: Jack Adler

Jack Adler was born in Poland in 1929. He witnessed the decay of humanity while enduring life in two ghettos and the horrors of three concentration camps. His younger sister was killed at Auschwitz, his older sister died at Bergen-Belsen, his brother and mother died in the Pabianice ghetto in Poland, and his father in Dachau. At 16, he was liberated by American soldiers and moved to the U.S. as a war orphan. Jack now speaks all over the United States and internationally to spread his message of living without hate. Though his entire family was murdered by the Nazis, he still has hope for the human race and emphasizes the importance of respecting others. Jack’s take on hatred, racism, bigotry, and misused religious beliefs challenges audiences to analyze their own beliefs and adhere to the principles of the Golden Rule: treat others as we ourselves want to be treated.